Coca-Cola collaborates with the 4th edition of Challenge Madrid 2019

San Martín de Valdeiglesias will be the starting point of the 4th Edition of Challenge Madrid, where triathletes can also race the middle distance.

Coca-Cola collaborates one more year with Challenge Madrid, becoming the presenting sponsor of the 2019 edition; a collaboration that has been celebrated since the first edition of the race.

In addition, in this 4th edition, Challenge Madrid will once again be recognized as a “Coca-Cola Good Environment Event “, thanks to its commitment to the environment, society and the safety of its participants.

“Coca-Cola Good Environment Events” was born from the social and environmental commitment of Coca-Cola, and specifically, from the objectives contemplated in its sustainability strategy for Western Europe “Avanzamos”, which it presented in November 2017. In this way , the Events Guide with Good Environment establishes a series of sustainable practices to be taken into account during the organization of an event, recognizing as such those events that meet the criteria included in it.

“For Challenge Madrid it is an honor to be able to celebrate another edition with Coca-Cola in the role of presenting sponsor”, affirms Alfonso Rodríguez de Sadia, Race Director of Challenge Madrid. “Maintaining the status of Good Environment Event is a challenge for the organization, which invites us to work together with Coca-Cola to make Challenge Madrid a national and international benchmark in sustainability,” he adds.

Challenge Madrid will be held on September 22nd, 2019; and this year, as a novelty, it will include the Half distance, whose inscriptions were sold out only 48 hours after its opening. 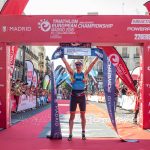 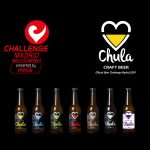